On October 29th, 2019, two HWDSB students from Hamilton helped raise and award a $10,000 donation to the Newcomer Youth Centre, a program at the YMCA of Hamilton/Burlington/Brantford.

The two students, Amran Hassan Adam and Mariam Siyad felt a strong personal connection and passion towards advocating for the Newcomer Youth Centre at the YMCA after participating in YPI at their former high school, Sir John A. MacDonald Secondary School. Amran, a newcomer herself, had attended the Centre’s Girl’s Night program where she got support with homework and began to feel part of the local community. The pair represented the Girls Night program at their YPI Final, impressed the judges and won their school’s $5,000 YPI grant.

The Women4Change Giving Circle at the Hamilton Community Foundation, who had earlier approached YPI for youth insights and recommendations into Hamilton area charities, doubled this grant with their own contribution of $5,000. And on Oct. 29th, a formal announcement and presentation of the $10,000 donation was made by Amran & Mariam along with YPI and members of the Women4Change Giving Circle of Hamilton Community Foundation.

As the evening began, staff from the YMCA Newcomer Youth Centre thanked the students for their advocacy, and welcomed the announcement as a celebration of their effort and personal development. Jim Commerford, President & CEO of the YMCA of Hamilton/Burlington/Brantford congratulated the students, and asked how they would like to see the funds used. They expressed a wish that the grant could support more programming to help female newcomer youth integrate into the Hamilton community.

Talking about his experience teaching YPI at Sir John A. MacDonald, HWDSB teacher and YPI lead, Mark Daschko said “In the first couple of years, when I was teaching civics class, I was trying to find a way to break through to civics students on how to be more generous and to give back to the community. And YPI enabled the students to do just that. It is a vehicle to teach the students about philanthropy but at the same time provide a real way that they can actually give real money back to the community.”

“YPI took the theory of civics, of being a knowledgeable citizen, into actually becoming a proactive citizen by putting the ideas into action.”

Richard Mossuto, who had taught Mariam & Amran last year, added, “YPI took the theory of civics, of being a knowledgeable citizen into actually becoming a proactive citizen by putting the ideas into action. What these two young women did is they not only learned the material of what civics and citizenship means, but went into their neighborhoods and communities and actually made an impact by being active citizens and not just purposeful and informed citizen.”

Addressing the gathering, Sheree Meredith, Advisor, Philanthropic Services of Hamilton Community Foundation and lead of the Women4Change Initiative said “This is such a good example of how young people can make such a huge difference in their community. By their actions, by their learning and by their voice, and just to be a partner in that is thrilling!”

With the combined donation of $10,000, the YMCA plans to host a special conference in spring 2020 for young women and girls, inviting local women leaders from the health, business and social services sectors to speak on the topic of careers and overcoming barriers to success. Lilly Lumsden, Senior Regional Manager of YMCA said, “We are excited about the opportunity to host a conference that will allow newcomer girls to connect with and learn from the numerous successful women of Hamilton. This grant will allow us to assist young women in reaching their full potential.”

YPI has been active in the Hamilton area for 13 years and has directed $375,000 to support frontline charities researched and championed by young people. The Youth and Philanthropy Initiative (YPI) has partnered with the Hamilton Community Foundation since 2016, and currently supports the participation of five secondary schools in the Hamilton region each year, allowing over 1,000 grade 10 students each year to participate in YPI’s skill-building program. This year, the Women4Change Initiative of the Hamilton Community Foundation committed an additional $10,000, to six Hamilton area charities serving women and girls that were researched and presented by YPI student teams at five participating HWDSB high schools 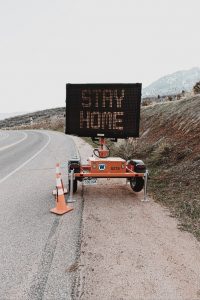 Find the most up-to-date information about how YPI Canada is responding to the COVID-19 pandemic.  The links below will take you directly to the most

March 6, 2020 – Calgary, AB – Months of work by Grade 9 students at MidSun School culminated on Friday morning with a $5,000 donation to Charity Name. This donation marked a major milestone for a national youth-directed grant-giving program.

Read More »
PrevPrevious Post4 Things I Learned at the #DigitalForGood Summit
Next PostThe Future of Philanthropy : from Sept. 26, 2016Next