Our approach to our work in participatory grant-making is informed by a lens of Justice, not charity alone. The essence of this lens and the distinction between justice versus charity was articulated powerfully by The Honorable Justice Murray Sinclair when he said, “Reconciliation will never be achieved so long as one side sees it as a recognition of rights, and the other side sees it as an act of benevolence.” Reconciliation between newcomers and First Nations, Metis, and Inuit communities across Canada – as with many of the social, economic, and political issues we are contending with at the moment – is and needs to be approached as an act of justice, rather than as an act of charity, benevolence, kindness, and/or generosity alone.

In our YPI Virtual Launch workshops, we share Honorable Sinclair’s quote with students, and invite them to consider the difference between doing something because they recognize it is a human right versus doing something because it is the nice thing to do. To this prompt, one student shared that an act of kindness is the equivalent of holding the door open for someone. You do not have to do it, but you do it because it makes you feel good, and it makes you look good. However, with a recognition of rights approach, you do not get to opt in and opt out in the same way that you would with holding the door open. Rather it is something that we are all called to do because we believe that everyone deserves to have their rights protected and upheld, simply by way of being human. Furthermore, those of us whose rights are more protected and guaranteed within the dominant systems because of our respective identities and/or unearned privileges are called upon to advocate in allyship and solidarity for the rights of those more marginalized by these same systems.

A justice approach understands that the distribution of resources and privileges within dominant systems was inherently and intentionally inequitable to begin with and continues to be.

Justice understands that none of us are actually more or less deserving of rights and resources, and it works to break down these flawed systems in order to build liberatory, life-affirming alternatives for all.

Justice is motivated by a sense of solidarity and accountability, rather than a sense of guilt, shame, or benevolence that might come from having more privilege.

As students move through the YPI curriculum, we ask them to approach the social issue they choose to explore, as well as in picking the organization they want to pitch as a part of their project. We encourage them to problematize the assumption that the social issue at play is only linked to those directly affected by it, and rather approach it as one that implicates and requires all members of our society to be engaged in resolving. We equip them to ask questions, at each stage of their research and exploration, to discern whether their organization of choice is truly taking a rights-based approach to their programs, services, and operations.

Given that our approach to philanthropy is rooted in youth-led participatory grant-making, sharing this framing with students upfront is a part of our commitment to nurturing the next generation(s) of responsible, justice-oriented young philanthropists. Organizations who have received funding through these youth-led grant-making process – like Foodshare – have also expressed appreciation for the ways in which YPI builds young people’s capacity to engage with a rights-based approach.

“It's inspiring to see local youth (in YPI) talking about food justice with their peers, and we're grateful that they chose to do this on behalf of the work happening at FoodShare. The donations absolutely make a difference, and moreover, we hope they will continue to advocate on behalf of communities that deserve equitable, dignified food access.”

Embody, equip, and incentivize our collaborators to embody a Justice approach to ensure that we are working toward building a world that guarantees the fulfillment of human rights for all and problematizes systems that are designed to prevent or complicate access.

Keep abreast of the consequences of the adaptations that we as an organization make SO THAT we can be accountable and responsive to both the intended and unintended impacts of our actions. 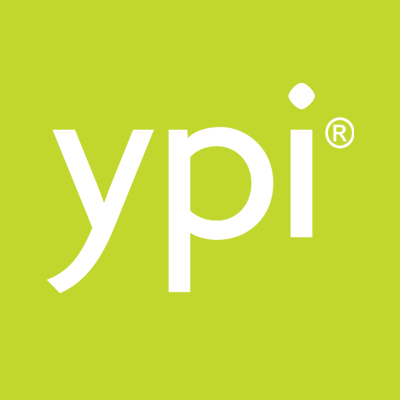 Mr. Labelle is a French educator who has been part of the YPI Program for many years. Watch his testimonial en français. Translated: “…I think

Mr. Johnston is the Director of Admissions at Brentwood College School, and also a former YPI Lead Teacher. He was the first educator to introduce

Anna Trip was the YPI Lead Teacher at Samuel W. Shaw School in Calgary, AB in 2019/2020. Here she is, reflecting on the work involved